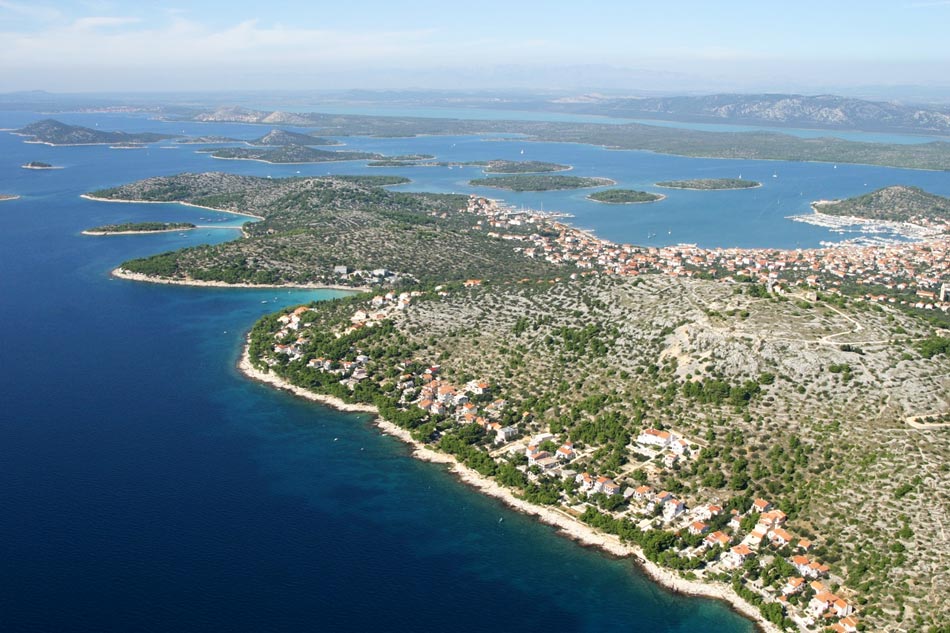 The island of Murter is located in the Northern Dalmatia, and the largest and most land is the closest island in the šibenik area.

The island of Murter is one of the islands of the North Dalmatian island group, the most dense island group of the Adriatic and Mediterranean, with 189 islands, islets and cliffs. It is separated from the mainland by a narrow Murter Channel which is only 6 meters wide, over which a 12 m long moving bridge is built in Tisno, making the island accessible and accessible by car in every season.

Thanks to its ideal location and close to the Kornati islands, it has become one of the most visited and sought-after destinations on this part of the Adriatic. Surrounded by islands and small islands and small bays and coves with beautiful beaches, it offers a beautiful picture that will surely remain in deep memories for every visitor. 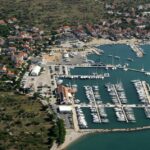 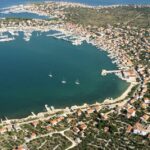 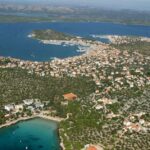 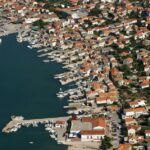 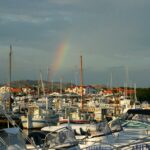 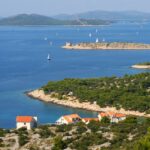 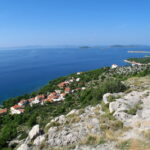 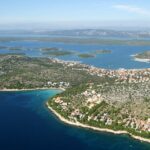 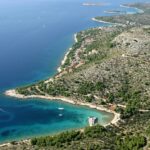 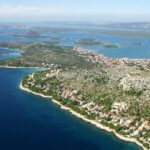 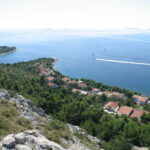 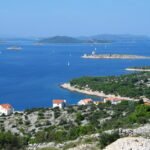 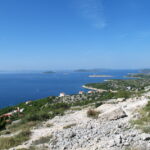 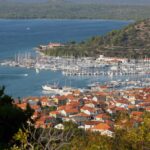 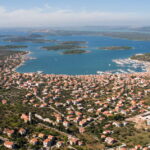 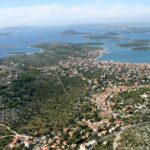 Because of the clear sea, the air and the secluded coves, it is appealing to those who want a peaceful vacation. It has traditionally been a favorite destination for yachtsmen, who know Murter as a gastronomic center and the best starting point for the National Park Kornati.

Inspired by the beauty of the Kornati, famous writer George Bernard Shaw wrote: ” On the last day of the Creation God desired to crown His work and thus created Kornati Islands out of tears, stars and breath.”

Apart from the Kornati National Park, Murter has a number of interesting destinations in its neighborhood; national parks: Paklenica and Krka; Nature Parks: Telašćica and Vransko Lake; cities: Zadar, Šibenik and Split, and many smaller towns and places.

On the island of Murter there are four small towns: Betina, Tisno, Jezera and Murter, which is the largest and oldest place on the island.

There are  5 marinas on the island of Murter and nearby Kornati, which make these islands a rich area especially interesting for yachtsmen.

The island of Murter is famous for its beautiful sandy and pebble beaches. In addition to the famous ones such as Slanica, Kosirina, Podvrška, Čigrađa, Jazina, Lovišća, Luka, Plitka vala … There is a large number of small coves hidden from the eyes and far from the crowd of bigger beaches so that everyone can find something for themselves,

The mild climate, numerous sunny days throughout the year, the diversity of winds, and the position of the island, leave opportunities for various sports, both on the sea and on the land. Anyone who wants an active vacation can find something for themselves, but most of those who love sailing, diving, surfing, fishing, kayaking …

On the island of Murter there are three marinas: Murter, Betina and Jezera within which they operate charter companies, which besides ship rental activities organize sailing schools

Wind surfing – Almost every day, even if the wind blows a little, either small or intense, when surfers enjoy “driving” waves

Fishing – Here is fishing tradition, and today the local population, along with tourism, deals with fishing (from fishing to fishing nets, and lately hunting on tuna).

In addition to water activities in Murter there are numerous “land activities”. In addition to the usual tennis courts, soccer fields, paintball venues, special mention are hiking, running and cycling. Bicycle trails can be found around the entire island, and between Tisno and Jezera, through the pine woods, you can take a hiking trail ideal for walks and jogging, especially on the sea front in the morning and in the evening, which is a special experience.

And of course, the inevitable Bocce (https://en.wikipedia.org/wiki/Bocce ) – typical of the Dalmatian places, it is very interesting to start watching a fairly temperamental game, and later you can try it yourself.

Most of the island is covered with centuries-old olive trees and figs, which are also the main traditional cultures grown by the local population.

Tree figs in the center of the place are filled with sweet fruits that you can freely pick. Of course, do not overdo it and enter private property without question, but the unwritten rule is that the fruits that can be picked up from the road belong to the tourists.

Olive oil produced in this area is unique in quality, color, flavor and scent because of the unique factors: a favorable Mediterranean climate, which allows optimum ripening of fruit, soil types and close proximity to the sea, varieties of olive groves, the most widespread in the region, suitable for the production of quality oil. On the island, for oil presses, which by cold compression technology, without heating, draw the best quality oil from the first press.

The name of the island

Although there is a legend that the island of Murter during the history was a pirate nest and that the name Isola del Morte or the island of death originated there, the premise is that the name Murter refers to the hollow stone rubbish that was used in the production of olive oil and called a mortuary. 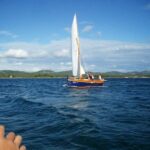 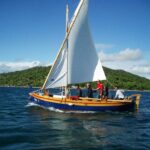 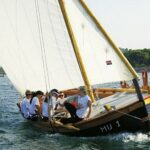 There are a few ships that have so successfully experienced and survived the era of plastic boat construction as the legendary Murterska gajeta. Adapted to the needs of the island’s inhabitants and tough trips to the Kornati, this ship is characterized by centuries of durability and safer navigation, even when other boats are in a hurry. Early gajeta’s were driven by sails or on paddles. They had a fully enclosed deck, and in the half of the length a larger grotto with a lid and fewer openings on the bow and the stern to descend into the lower deck. It is characterized by the so-called. Latin sail, ie a specific sail of triangular shape.

When it comes to Kurnatari, we think of the inhabitants of Murter, the largest and oldest settlement on the island of Murter. Kurnatari are the owners of almost all Kornati islands in the National Park “Kornati” and beyond. Murter came to the Kornati in the 17th century, in moments when, due to the Turks’ penetration, they can no longer go to their land property. In the middle of the 19th century, people of Murter (and in a smaller number of Betina and the inhabitants of Zaglava on the island of Dugi otok (long island)) began to redeem the Kornati islands, and in 1896 they became their sole owners. Because of overseas property, Farmers are becoming sailors, fishermen and shipbuilders.

British King Edward VIII gained world glory as a ruler whose love was more important than the royal crown. In 1936 he became king and abdicated in that same year, refusing to give up marriage with his beloved wife. In those decisive years, King Edward VIII spent the summer at Kornati. He rested on the fish and spent the days sailing with the Kornati archipelago with his yacht “Nahlin”, then the fastest yacht in the world. Perhaps he deliberately chose the picturesque Kornati to settle down in silence: a royal crown or a beloved woman? 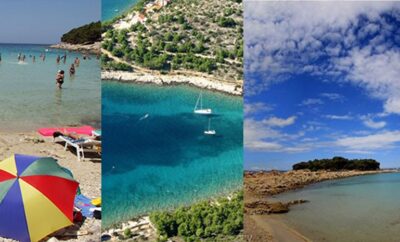 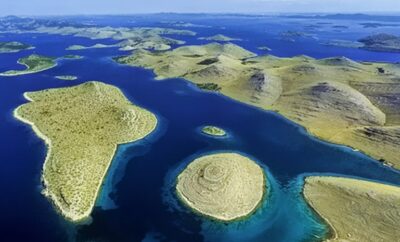 Kornati islands
The Kornati Islands are the densest archipelago in the Mediterranean. Nowhere in Mediterranean has so many islands squeezed so little. Because of the unclear criteria ...
Sep 16, 2016 , 0